Victory has everything to become

Victory has everything to become

on the forum Victory-Riders-France  about this site, I was designated as "the Helvetian Resistant against the villain Polaris" (Thanks Pelos teasing spirit ;-). I like the wink "Helvetian resistant" against Polaris, but not "bad", just thoughtless or bad future vision ! because without them there is no Victory, nor now <Collector> motorcycles ! So what would we be riding ? HD ? ... (we calm the Harley-bikers, I like HD, but less than Victory ;-)

It is sure that more or less long term it may become difficult to find parts for our bikes...but although...it is not certain ! if the label "Collector" is good, there will be suppliers who will feel the good wind come ! I own only an Octane, a custom that comes out of the lineage of machines powered by the fabulous "V-TWIN Freedom 106" engine, air/oil cooled, but for everything else, the spirit "Victory" is present, because even for those who keep their bike in" stock "mode, so without modification or customization, it stands out and has no rival, both online, design, performance and comfort with its superb engine 1200 cc super versatile liquid cooled !

" A giant of the mechanical leisure "

The founders of the Polaris Empire

It's difficult to imagine the difficult life of a middle-class American peasant in deep Minnesota in the 1950s. TV shows such as "The Little House in the Prairie" or the incredibly offbeat "Green Acres" gave a too romantic and biased vision of the thing, the good yankee leading a healthy life, rich in emotions and fulfilling in his fields. But now, the reality is that Minnesota is beautiful and rustic, the countryside is wild and authentic. It's not without charm far from it, but it's not Miami Beach, spring, summer and autumn do not last long, winter gives all its true meaning to the word "winter", we the loaves and the rest !

With the exception of Alaska, Minnesota is one of the 4 northernmost states of the United States (with Nord-Dakota,  Montana and Washington State) , Minnesota is slightly over north of the 49th parallel North. In Duluth,  Minnesota, the average annual temperature is 3.5°C. During five months of the year it is below 0°C and the month of January is rather nice, with its -19°C average temperature. It gives us little desire to go there for a winter road trip ! if you have nothing to do with these geographical and cold considerations, well you are wrong cousin : for the human genius has this superior (sometimes), it is that he always finds solutions to surpass his torments. If they were born in Florida, Messrs Edgar Hetteen and his brother Allan, son of peasants of Swedish-American origin, as well as their brother-in-law David Johnson, would surely have spent their life sipping mojitos on the side of Daytona Beach. judging the bikinis worn by the ladies in the corner...and no one today would ride in Victory or Indian !

Anecdote : I say that the original text that inspired me speaks of Minnesota just as a place "lost". It's pejorative and obviously wrong, I absolutely do not adhere ! Here is an article about an American journalist (pdf FR) who, in 2015, randomly named the worst place to live in the USA : Red Lake County, in...Minnesota ! 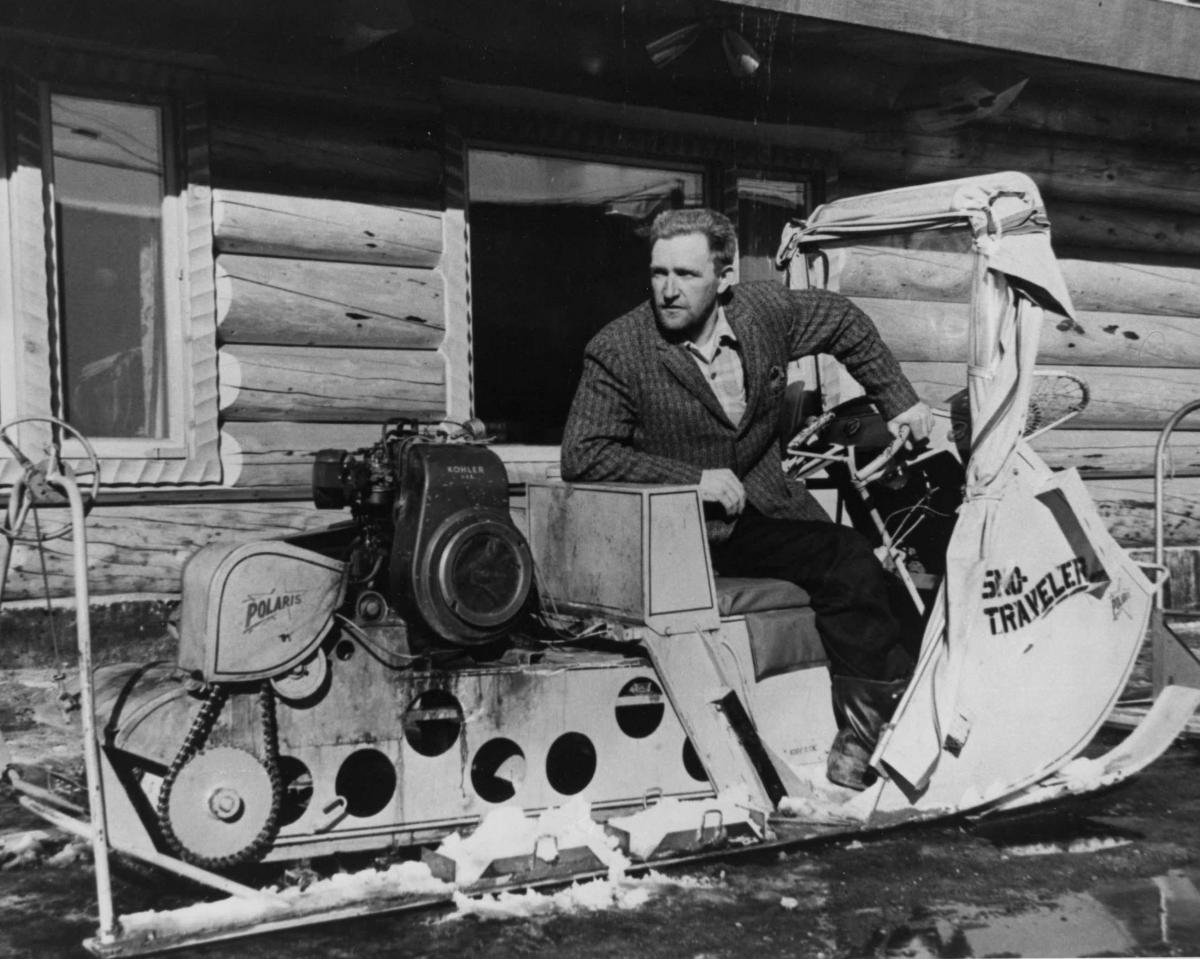 The one who was nicknamed "The Snowmobile Godfather" died at age 90 on February 12, 2011, in Grand Rapids  Minnesota, United States. He was one of the pioneers and visionary at the very beginning of snowmobile history.

The son of Swedish immigrants, Edgar Hetteen grew up on a farm near Roseau, Minnesota. Working on farm equipment, he quickly demonstrated his qualities in innovation and as an inventor despite the fact that he was only in his eighth year. In the mid-1940s he founded with his future brother-in-law, David Johnson, the company Hetteen Hoist & Derrick. The company is diversifying outside of its core business according to the needs of its clientele including successful farm products.

The company soon needs a new name, less restrictive in its operations. Then in 1954 David Johnson, Edgar Hetteen and his little brother Allan incorporated the company as Polaris Industries Inc.

Two years after an invention with a caterpillar emerges from the company's workshop. This is the first Polaris snowmobile. First hesitant to put this new product on the market, Edgar quickly became an icon in the world of snowmobiling. In 1960 he led a group of three Polaris snowmobiles in a 1200-mile expedition across Alaska in order to prove their usefulness and reliability. This has been a milestone in the history of snowmobiling and credit is largely backing Edgar.

Edgar left Polaris later that year and soon founded Arctic-Cat, making him the founder of half of today's big manufacturers !

Edgar Hetteen was internationally recognized snowmobiler in 1990 and one of Minnesota's top entrepreneurs in 1999. In 2004, at the 50th anniversary of Polaris, he was inducted into the center of memories of the founders of Polaris. 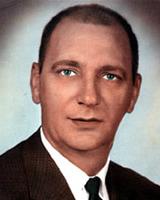 Allan Hetteen was one of the three pioneers of Polaris. He died prematurely on November 24, 1973, in Roseau, Minnesota, when he was about to help a neighbor in a tractor accident. Her memory as a friend and trusted help for many people has been remembered. His death was a test for everyone.

His work as a designer, designer and director in the snowmobile industry, when he was president of Polaris from 1960 to 1969, is particularly important for Polaris and the small community of Roseau in the north of the country.

Allan cared about the community and served his church as well as civic and commercial organizations. He founded Polaris with his older brother Edgar and his brother-in-law David Johnson. When Edgar left to start his Arctic Cat business, Allan stayed at Polaris. After the failure of the successful Polaris snowmobile Mustang series, he put Polaris on the edge of the abyss to a resounding commercial success. Allan did all of this despite the fact that the board initially felt he was too young to lead Polaris.

His role in the decision to divert the company from manufacturing agricultural machinery to the benefit of snowmobiling proved that he was the ideal candidate. He urged Polaris Industries to give less importance to Snow-Traveler's name and more to Polaris ; an initiative that highlighted the use of snowmobiles for trappers, foresters and others working in the woods to machines for winter motor sports enthusiasts.

First sales were not easy and Allan had to work hard to convince and sell the snowmobile concept to the public and especially to investors. But he was stubborn, believing that "people would prefer to drive a small, fast, slow-moving machine". The focus was on hobbies, and Allan led the way, and he may have failed when the Polaris Comet did not realize the expected profits It was during this financial setback that Allan's ability to communicate with people, his personal credibility and sincerity were beneficial to him, as well as to Polaris.

His dealers gave him time to pay off Polaris' debts and launch the successful Mustang series. During his tenure as president of Polaris, Allan was able to negotiate an exclusive deal with a Japanese engine supplier and sell the growing company to Textron, with the proviso that Polaris would stay in Roseau. After leaving Polaris, he founded Rosco Inc. as the exclusive distributor for Polaris in the states of Dakota and northern Minnesota.

Allan was an active runner until 1965, when he won the Canadian Power Toboggan Championship on a Mustang snowmobile. His pioneering spirit led to the foundation and the first presidency of the International Association of the Snowmobile Industry (ISIA).

According to one candidate, Allan "recognized the need to unite sport as an entity that could represent the snowmobile industry and the users who would create clubs and trails." He asked ISIA to focus on the responsible and safe use of snowmobiles and the creation of a North American network of snowmobile recreational trails on public and private lands. 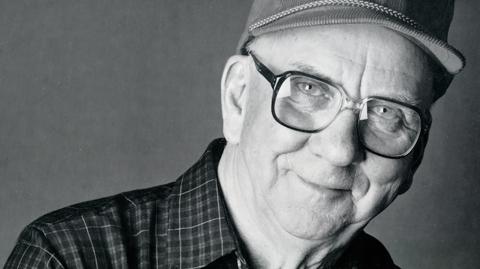 Polaris employees and dealers around the world celebrate and mourn the death, on October 8, 2016, after a long illness, at his home in Roseau, Minnesota, of one of the company's co-founders, David Johnson. He was 93 years old. David Johnson is survived by his wife Eleanor, age 68 (2016), and their 4 children, Rodney, Mary, Mitchell and Aaron.

Since helping Polaris get started in the early 1950's, David has focused his career on engineering and product manufacturing and has built strong relationships with Polaris employees over his four decades in the industry. the company. In the years following his retirement in 1988, he remained one of the most popular faces of Polaris. While he enjoyed walking in Roseau he never missed an opportunity to visit the Polaris Factory and Polaris Experience Center to meet the employees and all the people who make Polaris.

"David Johnson has embodied the Polaris culture and work ethic, and its positive impact on society continues to inspire us today," said Polaris CEO Scott Wine. "David valued hard work, a passion for driving experience and an unshakable spirit of innovation. He gave a great example with his dedication and commitment to society and employees. We are truly saddened by his death and our deepest condolences go to Eleanor, his wife, his children, his family and David's friends."

After working together for a few years, David and his two brothers-in-law, Edgar and Allan Hetteen, officially founded Polaris in 1954. Polaris manufactured a wide variety of agricultural products, including farm machinery, straw cutters for combine harvesters. But David Johnson and his brothers-in-law, outdoor enthusiasts, imagined a vehicle - a snowmobile - that they could use in winter to go to their hunting huts away from roads and paths. At the end of 1955, David, Edgar and Allan created the first Polaris snowmobile, a machine that made its first caterpillar rides on a snowy track in Roseau in January 1956.

Polaris began producing snowmobiles and helped create a global market for versatile winter machines. David then stated that, although Polaris did not invent the snowmobile, (Edit Editing : the first would come from the Bombardier/Canada workshops), the company had been the first to market with unprecedented success with snowmobiles. With David as Vice President of Manufacturing, Polaris has become the market leader in the snowmobile industry, the dominant brand in the snowmobile competition and the brand recognized for offering the best price/quality ratio. performance in driving and handling. When David retired in 1988, the company began to diversify, producing and marketing all-terrain vehicles and leisure vehicles.

David was inducted into the Snowmobile Hall of Fame in 1999, and has received honors from many snowmobile clubs and associations around the world. 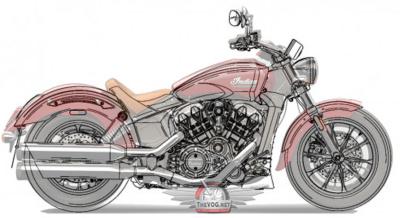 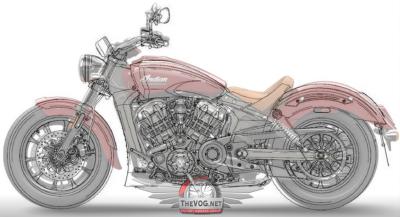